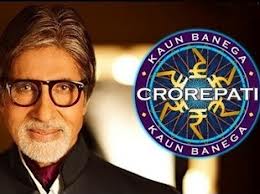 Q. According to Hindu Mythology, which of these was a brother of God Krishna?

A. Ram B. Balram C. Arjun D. Parsuram
Ans. B. Balram
Fastest Finger First Questions
Q1. Starting from the first, arrange these occasions in the order in which they are celebrated annually, in , according to the western calendar

Ans. DBAC
Q2. Arrange the following names as they would appear in a Hindi dictionary?

Ans. CABD
Q3. Arrange these tourist attractions in order from west to east

Ans. BDAC
Q1. Which of these food preparations is the standard accompaniment with ‘litti’?

Ans. D. Khun Kholna
Q3. According to the Bhagavad Gita, which of these cannot be cut by a weapon, burnt by fire, dissolved by water or dried with air?

Ans. A. Aatma
Q4. Which of these treatments causes hair loss?

Ans. A. Chemotherapy
Q5. Which of these rivers origination in and joins the Ganges in ?

Ans.: C. Mahananda
Q6. Who is the first captain to win all the ICC Trophies World T20, World Cup and Championship Trophy?

Ans. D. Mahendra Singh Dhoni
Q7. The United Nations has adopted 2013 as the International Year of which food?

Ans. B. Quinoa
Q8. Which team first won the Durand Cup football tournament in 1940 and most recently, 2013?

Ans. D. Mohammedan Sporting
Fastest Finger First Questions
Q1. Arrange these Hindi phrases from top to bottom according to the human body parts mentioned in them.

Ans. CBAD
Q2. Starting with the lightest, arrange these weights in the increasing order

A: One Gram B. One Quintal C. One Kilogram D. One Metric Tonne

Ans: ACBD
Q3. Starting with the earliest, arrange these films directed by Karan Johar in order of their release

A. Kabhi Kushi Kabhi Gham B. My Name is khan C. Kuch Kuch Hota Hai D. Student of the year

Ans. CABD
Q9. Tandoori, Khasta and Missi are all types of what?

Ans. D. Crab
Q12. The diseases of which kind of animals are described in ‘Hastayurveda’, a book related to animal diseases?

Ans. A. Elephants
Q13. Which team won the inaugural edition of the Indian Badminton League?